On my list of things to do before I die, I have “Work on a Greenpeace ship.” I’m not so sure that’s ever going to happen, since I have a young child now. I’d also like to think that when she’s old enough to be on the ship herself, there won’t be a need for such activism anymore because the world will have already woken up.

It’s amazing how, no matter how much the public demands that the troops be supported, a huge lack of support remains from the government itself. When my friend whose husband is serving in Afghanistan told me that they have no dental insurance, that she had to pay for his shoes to be sent over, and plenty of other crazy issues they endure, I couldn’t believe it. He has his life in danger every single day, yet so many things you’d think he’d have provided are not. I thought we took care of our military service people. 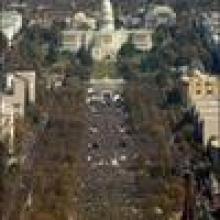 The Comedy Central team of Jon Stewart and Stephen Colbert trumped the Fox News gang of haters, race baiter and fear mongers, led by Glenn Beck and Sarah Palin. This should be a clear warning to the corporate elite, as to where the people are, and a warning to the Rupert Murdochs and the Koch brothers of corporate America, of the potential dangers to their bottom line from -- maybe, a future consumer boycott of their products, if they continue to support the politics of the ill-tempered and of the haters. Stewart and Colbert rallied folks in the hundreds of thousands in about a month. The potential for progressives to rally millions to boycott the corporate supporters of the extreme and of the haters should be crystal clear.

Alright, President Obama, the poll is in and the results are good news for America: Most of the military community support gays in the military.

From the Associated Press --"An internal Pentagon study has found that most U.S. troops and their families don't care whether gays are allowed to serve openly and think the policy of "don't ask, don't tell" could be done away with, according to officials familiar with its findings."

The poll was leaked yesterday, Thursday. The Pentagon reportedly declined "to discuss the findings until after Dec. 1 when it rolls out its own plan for repeal."

Hispanics-Americans are the targets of right-wing media and the GOP-Tea Party hate machine, using the illegal immigration issue as means to gain votes from non-Hispanic whites.

According to the result of a survey released, yesterday, Thursday, this hate is having a real impact on the way Hispanic-Americans are being treated in this country. Large numbers of Hispanic-Americans have detected bias directed at them.

What did Frank Caprio, the Democratic candidate in the Rhode Island gubernatorial race think he was doing, when he told President Obama to shove it? And did he think that he's a GOP-Tea Partier? Where did he think he was? In South Carolina, in the demented country of Jim Demit?  Mr. Obama is popular in Rhode Island. The Democratic voters in Rhode Island seem to be telling Mr Caprio to "shove it." Mr. Caprio's is dropping in the polls, and this is seen as a sign that the "shove it" remark has not been received too well by voters. The latest polls show Mr. Caprio tanking. He was leading in a four man race, was considered the odds on winner. Was! In the latest poll, he is now in third place.

More on the theme that grass roots folks who believed they are part of a movement that is going to bring change to America, control the reach of the federal government, limit the favors received by big business and make America work for regular folks, and our leaders operate under the U.S. Constitution-- more on the theme that those folks have been duped by old time, old line Republican sharpies. See the video. 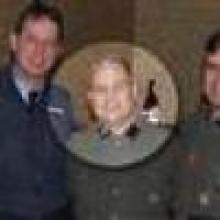 Nazi SS re-enactor Rich Iott, the GOP-Tea Partier, running for a U.S. House seat from Ohio, is getting the thumbs up from the man who wants to be the Speaker of the U.S. House of Representatives, Republican House leader John Boehner, who probably doesn't see anything wrong with a grown man dressing up like a nazi and defending it.

Mr. Boehner wants every GOP seat, so he is supporting the nazi guy.

Alright, so he made me look like a bit of a square, but that doesn't matter. Jon Stewart was respectful during my visit to The Daily Show and I was just happy to not be talking to a yes-man or an irrationally hateful opponent. And let's face it, I kinda am a square. I mean, I'm the President, the very definition of The Man. I was only cool when I was the scrappy underdog. I couldn't expect to bring that street cred with me to the top. I've made peace with my uncoolness just in time for my daughters to get to the age when they try their best to avoid me. But hey, I'm still cooler than Bush. That old bastard never accepted any of TDS's invitations, nor has Sarah freaking Palin. Sure, John McCain was a regular for a little while but his last appearance during the election was a complete PR disaster. Stewart's not a stupid guy. He tore John to pieces like an elegant fencer. At least I held my own. 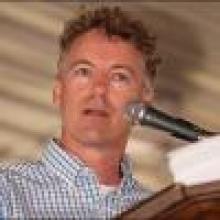 Every time my mind comes back to this horrific story, I feel sick to my stomach.

Recently a woman holding up a sign against whackjob Tea Party candidate Rand Paul was pushed to the ground and stomped—in the head—by his supporters. Yes, these are the inspiring people who are leading this country in an Earl Grey Revolution.

The word is that Mr. Obama, the President of the United States was "light on the jokes but heavy on policy" when, last night, he put in an appeared on The Daily Show with Jon Stewart. It was a campaign, pre-Jon Stewart Washington rally gig for Mr. Obama.

Mr Stewart is planning a big rally on the Washington mall this weekend, called the "Rally to Restore Sanity," most folks think / some hope that the rally will help in the progressive cause, to get progressives to get out there in the communities of America to save the Republic from the haters and the right-wing crazy people.

The Wall Street Journal ran its piece about Joe Miller lying his head off.

Tea Party-GOP candidate Rand Paul, the dude who is running for the U.S. Senate seat from Kentucky, the dude who, in his college days, bounded and tied a college coed and forced her to worship a heathen god, his foot stomper wants an apology from the woman who's head the foot stomper stomped. Yes, Tea Party goon, and head stomper Tim Profitt, whose white sneaker stomped on the head of Lauren Valle, a Moveon.org person, in the crowd outside the site of Monday 's debate, between Mr. Paul and his Democratic opponent Jack Conway, wants Ms. Valle, who had to go to the hospital, suffering from a concussion, to apologize to him. What nonsense!

Rachel Maddow of MSNBC asked Joe Miller, the Tea Party-GOP candidate running for Alaska's seat in the US Senate, about his position on gay rights. Mr. Miller, a Tea Partier, enjoying the bounties of the Tea Party Express and the benefits of his alliance with the religious right, and that extreme right wing Senator, Jim Demit from South Carolina, was not going to wary from the party line.

The only way that a group of Americans can gain political respect in this country is to vote and to show those politicians whom disrespect them the folly of that kind of politics.

Hispanic-Americans are saying that they are sick and tired of the disrespect shown to Hispanics by the GOP-Tea Party, whose candidates, playing the fear game, are running a series of racist anti-Latino immigration attack ads portraying Hispanics as criminals and thugs. Hispanic-Americans have joined together in an educate and a get-out-the-vote effort, to defeat the racist GOP-Tea Partiers.

The Tea Party is scary. Period. Anyone who takes their rallying cries from a woman who defines herself as a “Pitbull with Lipstick” should think about this: often, pitbulls kill innocent animals and people because of their instincts to kill. The Tea Party is not only scary, it is severely misguided.

Don’t believe me because you assume that I am a bleeding heart liberal who doesn’t understand the needs of the people? I’d like you to consider a few things.

I just received by email this message from Media Matters,

Mexico has a serious problem. The government and people of Mexico need to deal with this problem, or the people of the world aren't not going to take Mexico as a serious country, and its leaders and people as serious people. The drug gangsters have not only murdered fellow gangsters and law enforcement people, who challenged them, but they have murdered many, many innocent people. If the full power of the state of Mexico isn't brought against these killers and brought soon, the Mexican state will collapse and the honor of the Mexican people will become worthless. The time has come to destroy these gangsters by what ever means necessary, which are legal and moral. 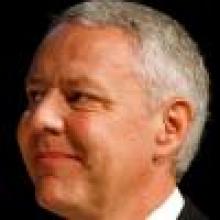 Delaware GOP-Tea Party candidate Christine O'Donnell took a lot of heat last week for not understanding the First Amendment to the U.S. Constitution. It turns out that she is not the only one.

GOP-Tea Party and right wing extremists, Ken Buck, Sharron Angle, Christine O'Donnell and other have kowtowed to the Christian right on the issue of Church and State.

Last year, at a meeting before a group at Colorado Christian University, Ken Buck, who is running for the U..S. Senate from the state of Colorado, claimed falsely, that the doctrine of the Separation of Church and State is not in the Constitution.